Two Golds at the Oceania Championships

A fantastic start to the year for our Canterbury Juniors, on Sunday Tom Marshall (U13) and Matthew Grocott (U11) won their respective age groups at the Oceania Championships in Redcliffe, Brisbane. 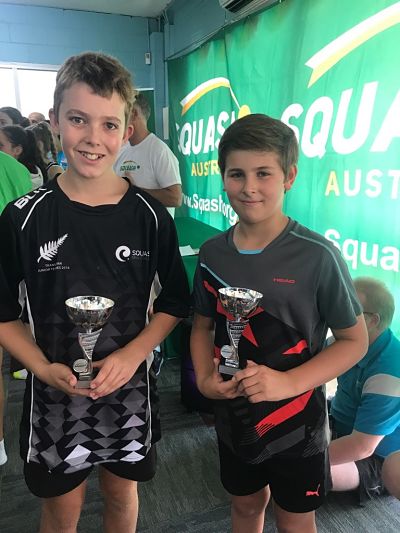 The tournament took place the 11th to 15th January and attracted over 150 entries, with players from Australia, Malaysia, Singapore, Papua New Guinea and New Zealand. The biggest challenge for most of the players was waiting around and playing in temperatures with to 35 degrees.

Tom who was seeded 2, had to beat a top Malaysia player who had beat fellow kiwi player Charlie Prince in the first round, and then he had beat another Kiwi Freddie Jamieson 3-1 in the final.

Matthew Growcott who was trying to defend his under 11 title and was seeded no.1, had to play 5 matches to retain the title. Matthew was too strong winning all 5 matches 3-0 to take the title.