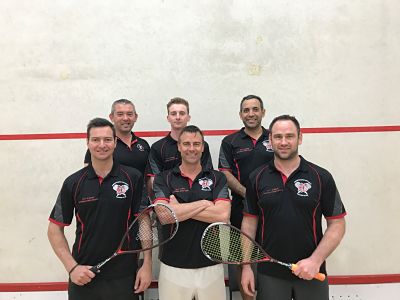 The representative club for the Canterbury mens B grades was the Christchurch Football Squash Club. We were fortunate this year as there were no opposition for the district eliminations. Our team consisted of Sam McCarroll, Richard Hollows, Nathan Smith, PJ Theron, Jeremy Bennett and myself (Joseph Petelo).

After a few months of training our team headed south to the Cromwell Community Squash Club. The tournament also utilised the Alexandra squash club courts. We were seeded fifth out of ten and our pool consisted of seeds 1,4,5,8,9. Our initial thoughts were we had a good chance to achieve a podium finish. Our four pool matches were fairly close except for a thrashing from the number one seeds Harcourts Eden Epsom 5-0. In saying this all ties were close and even if that tie was 3-0, it was a hard fought 3-0. We finished the competition in 6th place. The competition was won by Katikati, a young team with a few A graders - well done guys!

I would like to thank all those that helped us along the way. Thank you to the Christchurch Football Squash Club and to our families that allowed us time away from family duties to practice. Thank you to our competition!

Finally, our team would like to say, bring on 2018 superchamps district eliminations! Come on Canterbury clubs, get a team together. 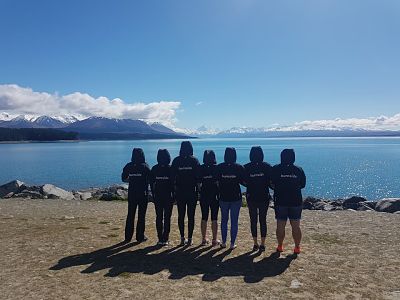 Kelly Sullivan, Kate Fox, Sue Wasley, Nicky Dunlop, Judy Smith, Vanessa Loe and Chwee Yeo battled hard during the B Grade Superchamps in Cromwell last week. After a lot of squash, some extremely close matches, and a bit of team bonding, the Burnside Ladies finished in 5th place. Although we were unable to secure the main trophy, we took out first place for best dressed at Prize Giving.

Some massive thanks goes to the Burnside ladies for their hard work in the lead up to the tournament, and the way that they supported and encouraged one another on and off the court.

A special thanks to Sue, Judy and Nicky who transported the team, organised accommodation and helped to keep the team fed and well hydrated! Well done ladies, you should be proud of your efforts! 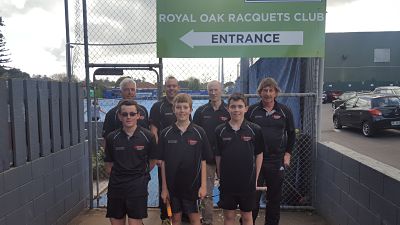 The Marlborough team finished 6th, it was a tough campaign with two of the team returning to Blenheim on Friday due to bereavement and an injury also.

In the round robins we had good wins against Taieri 4-1 and Squash Gym Palmerston North 4-1 a narrow loss to Havelock North 3-2 and a loss to the eventual winners Hamilton 4-1 who had 5 B2's in their team. In the playoff for 5th and 6th we lost a close one 3-2. A highlight for the team was Paulie Moran winning all 5 of his matches. Paddy