4 Women’s Titles, 1 Men’s Title and finalist in the Team Event 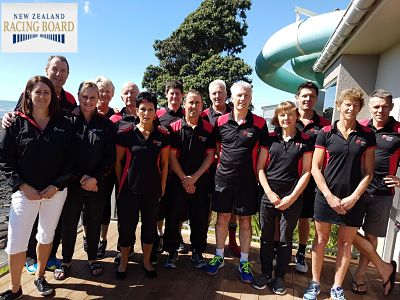 In the team event, Canterbury beat Central in the first round with a comfortable 9/2 win. In the second round they played Waikato, the rubber was close winning 7/4 not without some close fought encounters especially Sue Wasleys five setter.

Through to the final they were up against the top seeds Auckland, which was always going to be a daunting task on paper but the Canterbury team players all played exceptionally and left nothing on the court, they all gave their best efforts which was obvious to all fellow members. Overall a very close final losing overall six matches to five.

Well done. What a great effort.

A BIG thank you to the NZ Racing Board for all their financial support.