How many Cantabrians can you spot on Squash NZ’s Role of Honour ?  Canterbury Dominate it. What a fantastic year Canterbury has had. The whole Squash Community can be proud.

3. Opening Hours over the Holidays

The office will close on Friday 16th December for four weeks over the Holiday period. Emails will be checked periodically. The office will open with reduced hours for the rest of January and normal office hours will commence the start of February.

Thank you very much for feedback on the choice of ball. All the information is currently being collated and along with recommendations will be sent to the Interclub Committee for a decision. I’m hoping to get back to you before the end of next week.

5. Meet the Board –  This week it’s David Hawes (Chairperson) 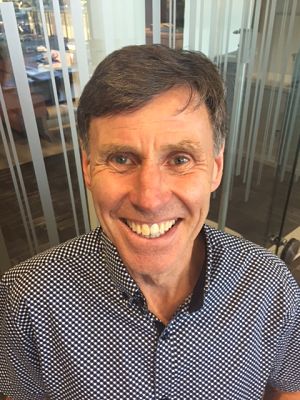 I commenced playing squash in 1973 in Invercargill as a substitute for rugby practise during the winter months. I quickly got hooked.

Then I moved to Putaruru in North Island and having no courts I travelled regularly to Tokaroa to play. My first coach there was Colin Brownley and I remember two key bits of advice – ‘don’t buy expensive shoes, they won’t slip on the floor and you’ll twist an ankle’ and ‘if your opponent gets between you and the wall, hit the ball onto them. It is a guaranteed point as they can’t return that shot’.

I then assisted in building new courts in Putaruru, but moved away to Alexandra soon after completion. I got involved in the administration at Alexandra in the late 1970’s and since then I have been involved in administration in some form; first in Gore and since mid-1980’s in various positions at Hoon Hay Squash Club in Christchurch.

My main reason for getting involved initially was to understand what happened to levies and that clubs/players were getting some value for these. This is still one of my major drivers, along with the long term sustainability of the game and making it fun to play.

I was on the executive of Squash Canterbury for 4 years in 1996 and had 3 years as President. I then retired, but came back when the new board structure was put in place in 2002 and served 6 years as Chairman before a second retirement. During that time, we achieved financial security, halted player decline, set up Squash HQ, implemented district coach and HP programs. In 2016, I came back onto the board to assist with issues around finances, program delivery and club engagement.

I have a passion for the game and dedicated to ensure many people can enjoy it for years to come.

My squash playing goal - play in the over 80 division of the world masters. (I’m in training)