We're nearing the end of the round, and things are heating up in division one as semi-finals were upon us. Matches last week were played mostly at Burnside, with the 6/7 playoff being moved to Christchurch, due to a faulty light bracket on Burnside's court 4.

With these two teams having played each other the previous week, tensions were pretty high to see if there would be a repeat. However, it wasn't complete déjà vu, as both teams had switched up their playing order slightly. The number one player for Football 2 was again Caitlin Millard, however Kate Fox took the top seed for Burnside this week. Kate didn't want to leave anything to chance and came out of the gates firing with a strong attacking game. Kate kept it up for the rest of the match, to take the first win for Burnside in three. Next up, were the number two seeds, Judy Smith (BS) and Ella Knutson (FB). This match was one of the most intense games I have seen all round, with amazing grit and determination from both ladies. Knutson took the first set relatively smoothly and it looked like it was going to be similar for the second, being up game ball - 8. However, Judy dug her heels in a came back to take the second 16-14. Ella started the third with similar intensity, however, the third set seemed to be a repeat as to the second, with Judy coming back to take the set, after being down 7-14! Ella calmly took the 4th set, Judy took the 5th to finish the match off for Burnside. The final match of the night was between number three seeds Kelly Sullivan (BS) and Molly Allen (FB). Molly stepped up her play from her previous week and was moving the ball around the court nicely. However, Kelly managed to get back on form just in time, to take the match in 5. Final match score: Burnside 9 - 4.

Oddly enough, Hoon Hay and Football 1 had also played each other the week before, so both teams knew what they were getting into. The number one's were the first to take the court, with Hoon Hay's Kayti Carrick facing up against Football's Sarah Blair. With both players having improved so much over the past year, it was always going to be a close battle between these two ladies. Sarah was the first on the board, but Kayti didn't lie down and fought back to get the second 15-13. Sarah took the third, but this wasn't enough, as Kayti pushed her length and stepped forward on the court, taking the final 2 sets, to secure the first win for Hoon Hay. Next up was Moriya Karati (HH) and Michelle Ditfort (FB) in the number three spot. Moriya started the match off with a couple of very close well fought wins. But Michelle wouldn't back down and just ran everything down. There were some marathon rallies, with both ladies playing some outstanding squash, but it was Michelle's night tonight, finishing the match off in five. The final match of the night was between Kelsi Carrick (HH) and Petra Curd-McCullough (FB). Petra did well and took the first set, however, this just seemed to spur Kelsi on, as she amped up the intensity after that. Kelsi took the next three sets, to secure Hoon Hay's spot in next week’s finals. Final match score: Hoon Hay 8 - 6

These two teams started the night off a little early, with the first match getting underway just after 6:30 between Jo Ellwood and Robyn Flynn. Jo took the first win for Christchurch, in four sets. The number one's were next on the court, with Jemma Erceg (CHCH) coming up against Linwood's Jamie Leach. Jamie took a cool, calm, and collected approach against Jemma and took charge throughout the match. Jamie took the second match of the night in 3, levelling the score board. It was all down to the number twos to decide the result of the night. Fiona Stewart (CHCH) faced up against Jess Wilson (LW) for the decider. The two ladies were both determined to take any chance they could to get points on the board, so there were a lot of hard and fast rallies around the front of the court, however, it was Jess that came out on top winning the match in three. Thus, Linwood causing a bit of upset, jumping from 8th seed, to 5th! Final match score: Linwood 7 - 3.

These two teams spent the night apart from everyone else, over at the Christchurch club. It was a strong night for the now home team Christchurch. Liza Tonkin (CHCH) played Burnside's Lee-Ann Blanken in the number three position. Lee-Ann worked hard to take the third set off Liza, however, this wasn't quite enough. Denying herself her preferred five setter, Liza took the match in four sets. The number two's tonight were Diane McCoy (CHCH) and Yi-Lin Yoong (BS). Despite having a couple of good matches over the weekend in the club champs, this didn't set Yi-Lin up for success tonight. The first two sets were closely contested with Yi-Lin taking the 2nd set, however, Di broke ahead, to finish the win for Christchurch in another 4 setter. The number one seeds tonight for the two teams were Grace Hymers (CHCH) and Chwee Yeo (BS). Grace played a dominating game, not giving Chwee many opportunities to play her own game, thus taking the match in three. Final match score: Christchurch 9 - 2.

So this weeks games we head over to Football for the finals! Seedings stand as: 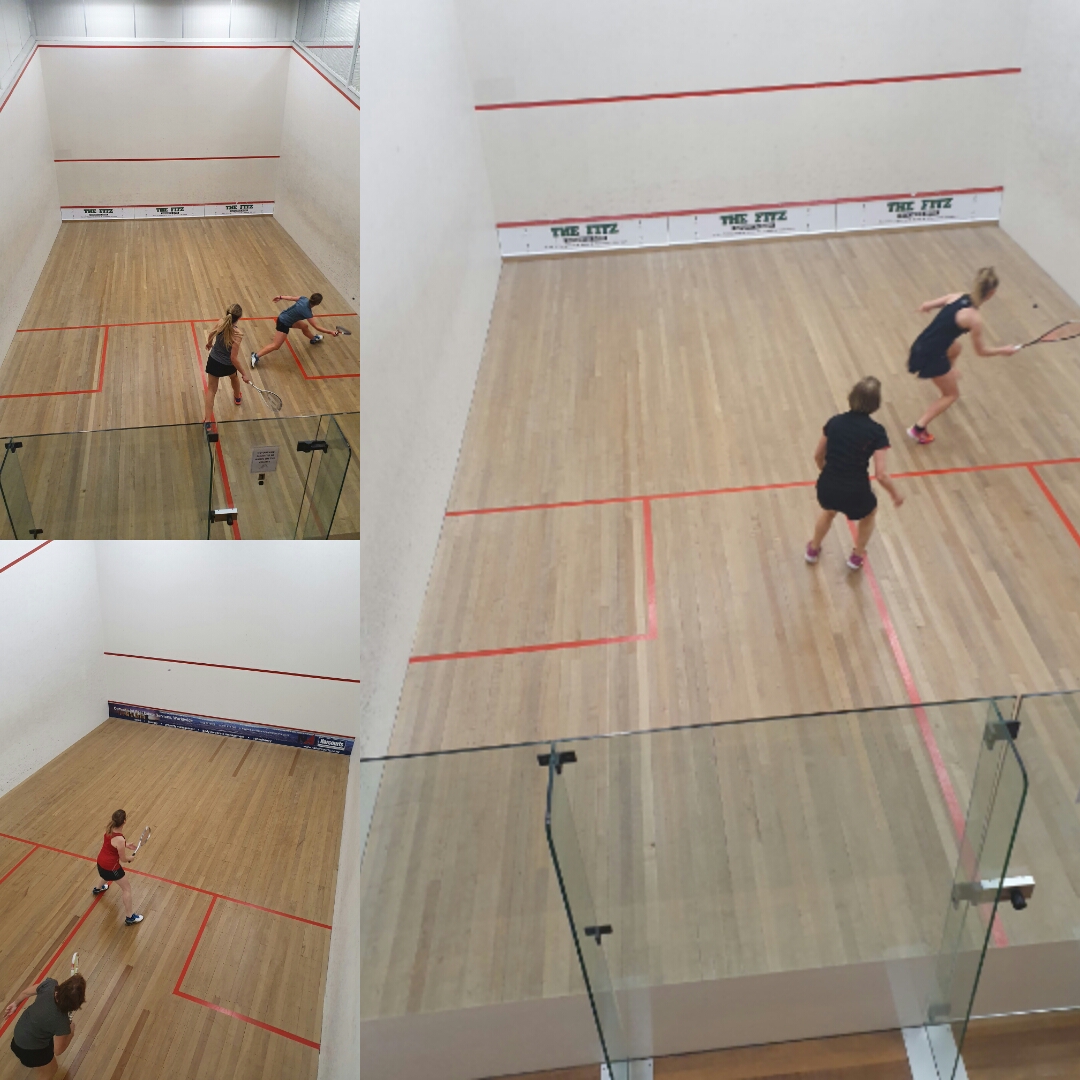