Well after week, the Christchurch Men's Open points table has got very interesting. With the Senior National Teams Event just finished a few of the team’s No.1's were standing down which allowed for some interesting results.

The next couple of weeks are going to provide some interesting results with the table tightening up thanks the Burnside 1 beating Football 1. Christchurch 1 is now 13 points away from Football 1 at the top of the table having already had both their byes. Additionally, these two teams will be playing each other this week and one would have to think that the winner would likely win the competition too. If you want to catch the action, then round 8 will be at Football Club. 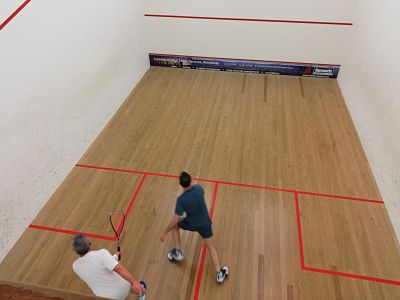 This was the big upset of the night with Burnside 1 beating Football 1. Burnside 1 claimed at the start of the night that they would win simply because Scott was standing down. Football lacked their trusty No.1 Adam Odering but so did Burnside which made for an interesting contest. Caelum Betteridge got proceedings off well for Burnside as he took a 2-0 lead against PJ Theron. Theron however got fighting though as the next two games took over 30 minutes as Theron won the third 16-14 but Betteridge won the fourth 13-11 to win in 4. Thankfully for Burnside, Mchaffie was feeling much fitter this week as he carried on Betteridge's fine work to beat Luigi in 3. However, Cumpstone, an in-form player this year wasn't going to let his team lose by quite so much as he took on Budge and won in 3. 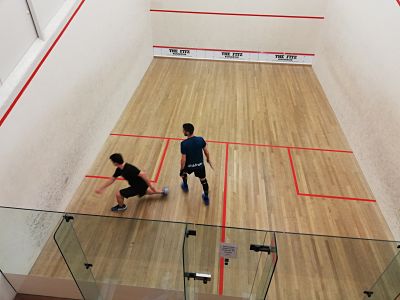 This was quite a one-sided affair between these two teams as Christchurch 2 boasted two Canterbury Senior Team members. Football 2 tired their best to get as many points as possible from the night and sets from Barker and Bennett gave them at least 2. Petelo and Scott took to court last which was arguably the closest fixture of the night. Petelo looked good in each of the sets as he took leads through the middle period. Petelo was often up at least 8-6 before Scott seemed to enter 'beast mode' come the end of each set preventing Petelo from winning more than 1 point allowing Scott to win 3-0.