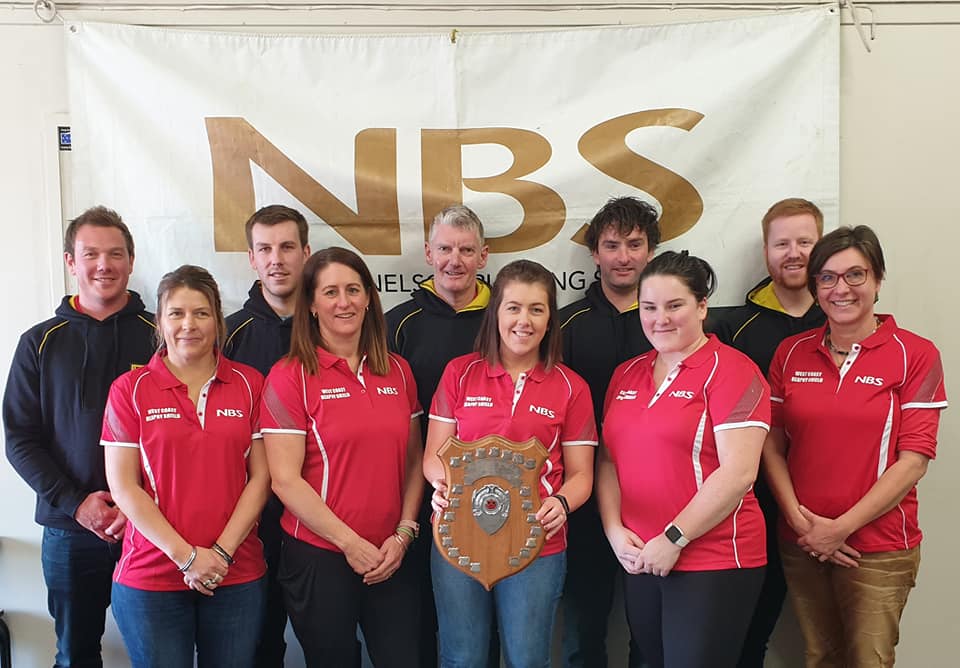 The NBS West Coast Squash team hosted the 43rd Annual Heaphy Shield Tournament in Hokitika over the weekend. The top squash players from Nelson and Marlborough travelled down to compete against the Coast.

Traditionally the Coast team have struggled, only winning the shield 3 times in its long history. This year the team had a real family feel with siblings, Nathan Coll, Ben Coll & Sam Rooney and siblings Jimmy Campbell and Teri Campbell all in the team. The experienced Squash Couple Clark & Erin Ellery looked better than ever. Rachel Rhodes, Shaun Lynch and Gabriela Kanel Fyfe completed the team giving it an extremely competitive look.

After round 1 the Coast Team found itself on top after winning 6 out of 8 matches. The round 2 matches were brutal, the Coast Team left everything on the court and at the halfway point Coast was leading by 1 with 11 games but Nelson was a close second with 10 games.

With the 3rd round Saturday afternoon, Shaun Lynch slotted into 4th spot after Clark Ellery had an injury. There were some very tired bodies taking the court. All 4 men and Erin took the wins to take the team to 16 games, Coast was still ahead by 1 game with Nelson sitting at 15 games.

In the final round Coast had to win another 6 games to beat Nelson’s already impressive 6 game round.  Coast pulled through just 5 wins, which meant Coast and Nelson were drawn for the title at 21 games each. A count back on sets was required, after multiple count backs, the totals were confirmed with Coast 70 sets and Nelson 64 sets.

With 4 wins each to Erin Ellery and Nathan Coll. 3 wins to Ben Coll and Jimmy Campbell, 2 wins to Sam Rooney and Shaun Lynch and 1 win to Clark Ellery, Rachel Rhodes and Teri Campbell. Everyone played their part in the crucial win. The last time the West Coast team had won was in Hokitika in 2004. 15 years later they repeated history.