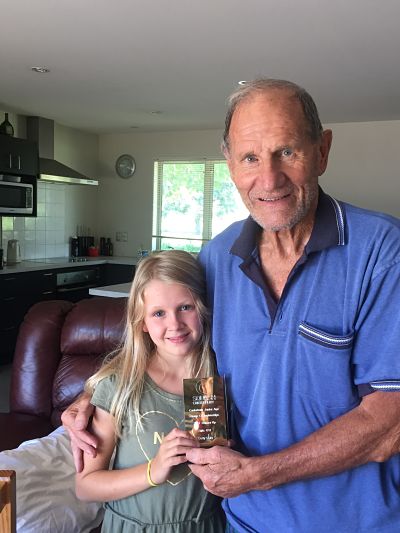 A massive congratulations to Barry Gardiner who was made a Member of the New Zealand Order of Merit in the 2019 New Year’s honors for services to Sport, particular squash.

Barry has been involved with sports as a player and administrator at club, district, national and international levels.

He has held voluntary committee membership positions with squash clubs for 51 years and instigated and chaired the committee that raised $210,000 to improve club facilities for the hosting of the Squash World Masters Championships.

He was a Senior Administrator with Squash Canterbury for 11 years and served as Vice President for five years.

He was a Senior Selector for Squash New Zealand Senior Men/Women and Selector/Convenor for Southern District Squash for seven years.

He served on the World Squash Disciplinary Committee for Oceania for five years and was President of Squash New Zealand for two years.

He was Chair of the 2008 World Squash Masters and a committee member and Assistant Director of the 1994 World Squash Junior Championships.

He has coached rugby and junior squash and has been a representative player at district and/or national levels across squash, tennis, rugby, rugby league, cricket, and athletics.

Well done Barry, you have been an inspiration to so many squash players and Squash in Canterbury owes you a huge debt.