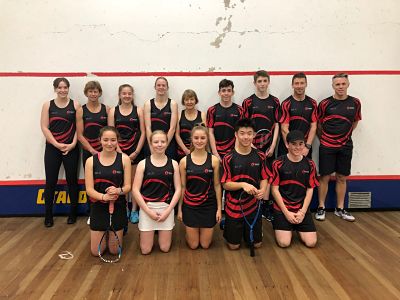 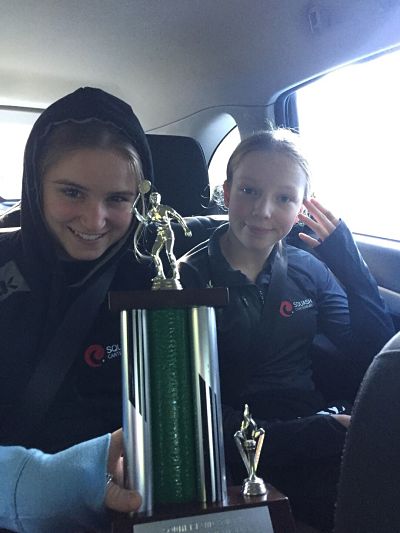 First round Canterbury played Midlands. The juniors were extremely strong and won 5/1 as were the Masters winning 3/1. Senior woman Kate Fox had an exemplary game against A2 player Steph Chambers winning 3/1 resulting in winning the tie 10/6.

Second round Canterbury played Otago, again the Masters and juniors proved too strong winning 2/2 and 5 /1. In the seniors, Jonny had a close 4 setter with Matt Ditchburn taking the seniors to a 3/3 draw but winning overall 10/6.

By the third round Canterbury had claimed a few injuries but with such Canterbury perseverance and team spirit both Karen and Jason pushed through claiming a win against Southland 10/6.

Overall, Canterbury came 1st in both the Masters and juniors and 3rd in the seniors, taking home the trophy for the second year in a row.

‘Well done to all the players, your squash was incredible and your team spirit was something special which makes me proud to be a Cantabrian’ – Bronwyn Knutson, Manager’ 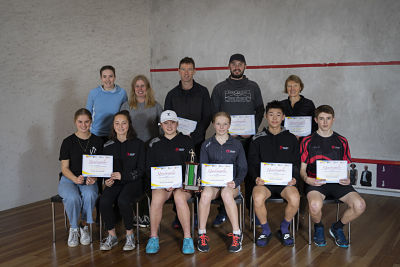 ongratulations to all the players on your performances and for bringing the trophy back to Canterbury. What an awesome result!! And thank you very much to Bronwyn Knutson, for giving up her time and effort to manage the Canterbury Team. We really appreciate it.

For an outline of our representative program and the selection for inclusion in the Squash Canterbury Quads team please refer to our Representative Team booklet. This booklet is a 'living' document and will be published annually with updated policies, guidelines, plans & procedures.