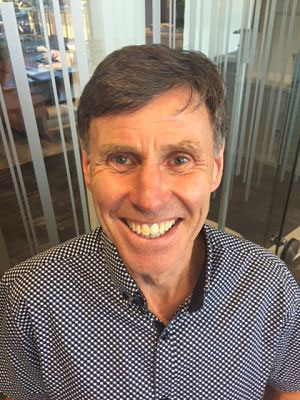 I have a passion for Squash, not only as a player, but as an administrator. I commenced playing squash in 1973 in Invercargill as a substitute for rugby practice during the winter months and quickly got hooked. I have played and belonged to clubs in Invercargill, Putaruru (a founding club member), Alexandra, Gore and Christchurch. My administration career commenced in Alexandra in the early 1980’s to understand what happened for the levies we were paying and to ensure we were getting value – something that is still very close to my heart.

I did an estimate a couple of years ago and calculated that I’ve played in excess of 10,000 games (competition and friendly) which equates to approx. 2.5 working years (40hrs/week) and I’m still not that good!!!! – but pretty happy J.  Who said practice makes perfect????

I have been involved in Squash in Canterbury as an administrator for a number of years – both at club level with the Hoon Hay Squash Club and part of Squash Canterbury. Late last year I took on a role on the board of Squash New Zealand.

My squash playing goal - play in the over 80 division of the world masters. (I’m in training)

I’ve had a lot out of both playing and administering Squash that has both benefited my personal and professional lives as well as my wellbeing. As a result of this I’m committed to put something back into the game so people can enjoy the sport and continue to receive, well into the future, what the game has to offer.

In the meantime I’ll be hitting the courts (and hopefully the ball too) putting in more training hours to try and slow down the wealth of junior talent passing me. At the same time making sure I’m not worn out before I turn 80 J.